After Day 1a of the 2016 PokerStars.es EPT Season 13 Barcelona €50,000 Super High Roller resulted in 89 entries (73 uniques and 16 reentries), a bunch more were needed to eclipse last year's record of 99. Well, in a festival where just about all records have been broken already, the Super High Rollers weren't about to let anyone with high hopes down. They arrived en masse for Day 2, and with 13 new entries the total came to 102 participants.

Amongst the new players was Daniel Negreanu who felt too sick on Day 1, but had gained some strength and was just in time to try to spin it up on Day 2. He still didn't look too fit yet, and could return to bed after a couple of levels of play as he lost all of his chips in a coin flip to Niall Farrell.

In a tournament full of Super High Rollers where just about every face is familiar to poker fans worldwide, there's only a handful of players that can turn more heads than Negreanu. One of them, however, sat down as Day 2 started; Gerard Piqué. The FC Barcelona player, a well-known poker aficionado, decided to battle with the best of the best and the cameras started buzzing and photo cameras started snapping pictures. Pique didn't make waves, with Claas Segebrecht the one ending the story after winning the crucial coin flip a few levels in.

Patrik Antonius, another a-list poker celebrity signing up right before Day 2 started, also didn't make it into the money. The list of high rollers hitting the rail wouldn't come to an end till 3 in the morning. The battalion that did so before the money stage was reached was leaving the tournament room with hanging shoulders. Amongst them the likes of Jason Mercier, Pratyush Buddiga, Anthony Zinno, Rainer Kempe and Steve O'Dwyer.

Igor Kurganov (16th), Davidi Kitai (15th) and Philipp Gruissem (14th) all got close but the cigars stayed in the box as they were done and dusted before the organization had to pull out their checkbook. 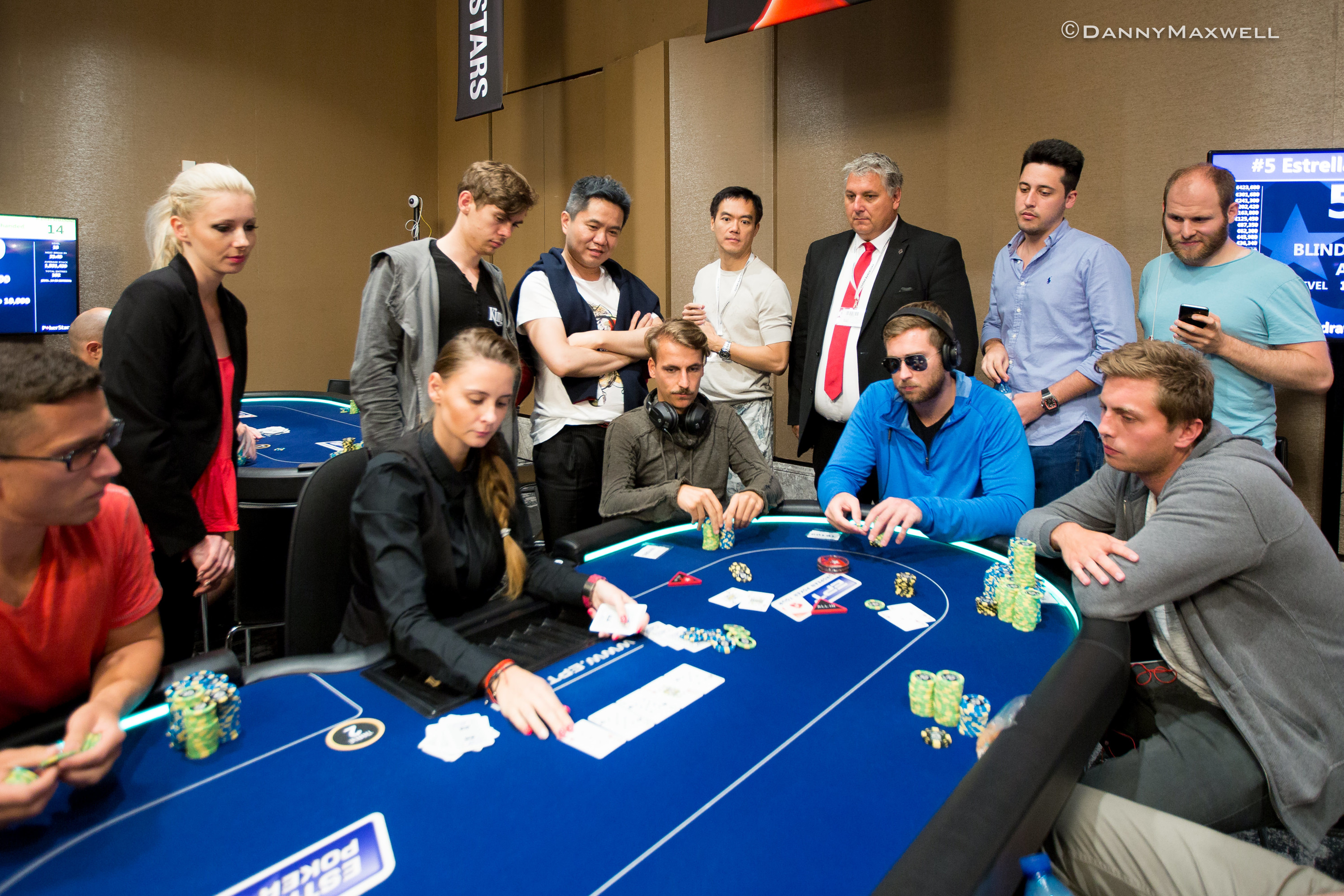 The first player to go once the bubble had popped was Connor Drinan, losing with ace-nine to the ace-king of Azerbaijani businessman Ahadpur Khangah. Adrian Mateos followed him out the door, receiving the same €98,000 min cash Drinan had signed for.

John Juanda, reigning Main Event champion here in Barcelona, fell in 11th place after his ace-eight failed to improve against the queens of Timothy Adams. Stanley Choi would fall short of the final table as well, busting in 10th place with pocket threes not improving against the queens of last year's Super High Roller champ Sylvain Loosli.

The remaining nine players played for quite some time at the unofficial final table, with German wunderkind Fedor Holz able to pick up some chips. By the time the clock struck 3, still 9 players remained and the organization decided to call it a night with still 30 minutes left on the clock for level 20 (40,000/80,000 with a 10,000 ante).