Hand #17: Sam Greenwood with the

made it 250,000 from early position. Dvoress folded his king-ten and action folded to Fedor Holz. The German superstar folded

and the blinds and antes went to Greenwood.

Hand #18: Action folded to Sylvain Loosli on the button and he limped in holding

. Fedor Holz completed with the dominated

and Timothy Adams checked his

giving Loosli a gutshot royal flush draw, though we knew he wasn't going to hit it as Adams had his out. Both blinds checked and Loosli bet 160,000. Holz folded, Adams called.

hit the turn. Adams checked and so did Loosli. With the

completing the board, Adams checked. Loosli bet 450,000 and Adams folded.

Hand #19: From early position Julian Stuer limped in with

and Timonthy Adams completed from the small blind with his cards not showing up on the graphics.

flop favored Kolonias, and he was home safe after the

hit the turn. The

on the river gave Stuer two pair but it wasn't enough to knock out his Greek opponent. Stuer now the shortest stack in the room.

from early position and Timothy Adams had the

on the button and called. Sam Greenwood checked in the big blind with

and the trio checked the

and Sam Greenwood checked his option with

in the big blind. On the

flop, Greenwood checked and Khangah won the pot with a bet of 100,000, as Greenwood folded.

out of the hijack and claimed the blinds and antes without further resistance.

Hand #14: Action folded to Julian Stuer in the small blind and he shoved with the

and Khangah defended his big blind with

and Kolonias and Holz checked so the

on the turn was seen for free. Another two checks later the

Hand #6: Ahadpur Khangah limped in from under the gun with the

and Sam Greenwood called on the button with

, Julian Stuer filled up in the small blind with

and Daniel Dvoress checked the big blind with

flop, action checked to Greenwood and he bet 200,000 to force folds and win the hand.

, then folded. Khangah gave up his big blind and Stuer won the blinds and antes.

and Stuer asked for a count, then folded.

and scooped the blinds and antes.

Hand #10: Adams received a walk in the big blind.

. Action folded to Erik Seidel on the button and he moved all in for 860,000 with

That wasn't the end of it by any means, as Sam Greenwood woke up with

in the small blind and over pushed for 1.25 million.

in the big blind and he pushed all in as well, moving in for 2.14 million.

Ahadpur Khangah, facing three all-ins, just about snap called to put all three of them at risk!

and Greenwood still had a strong lead with 67 percent equity. Greenwood commented it was the best flop he could've asked for but soon realized he was jinxing himself.

on the turn gave Khangah a flush draw and Greenwood commented: "It's like a PLO hand!"

on the river was a blank and Erik Seidel made his exit. Greenwood moved up to second in chips, Stuer still in it as he won the side pot. Khangah down to 17 big blinds. 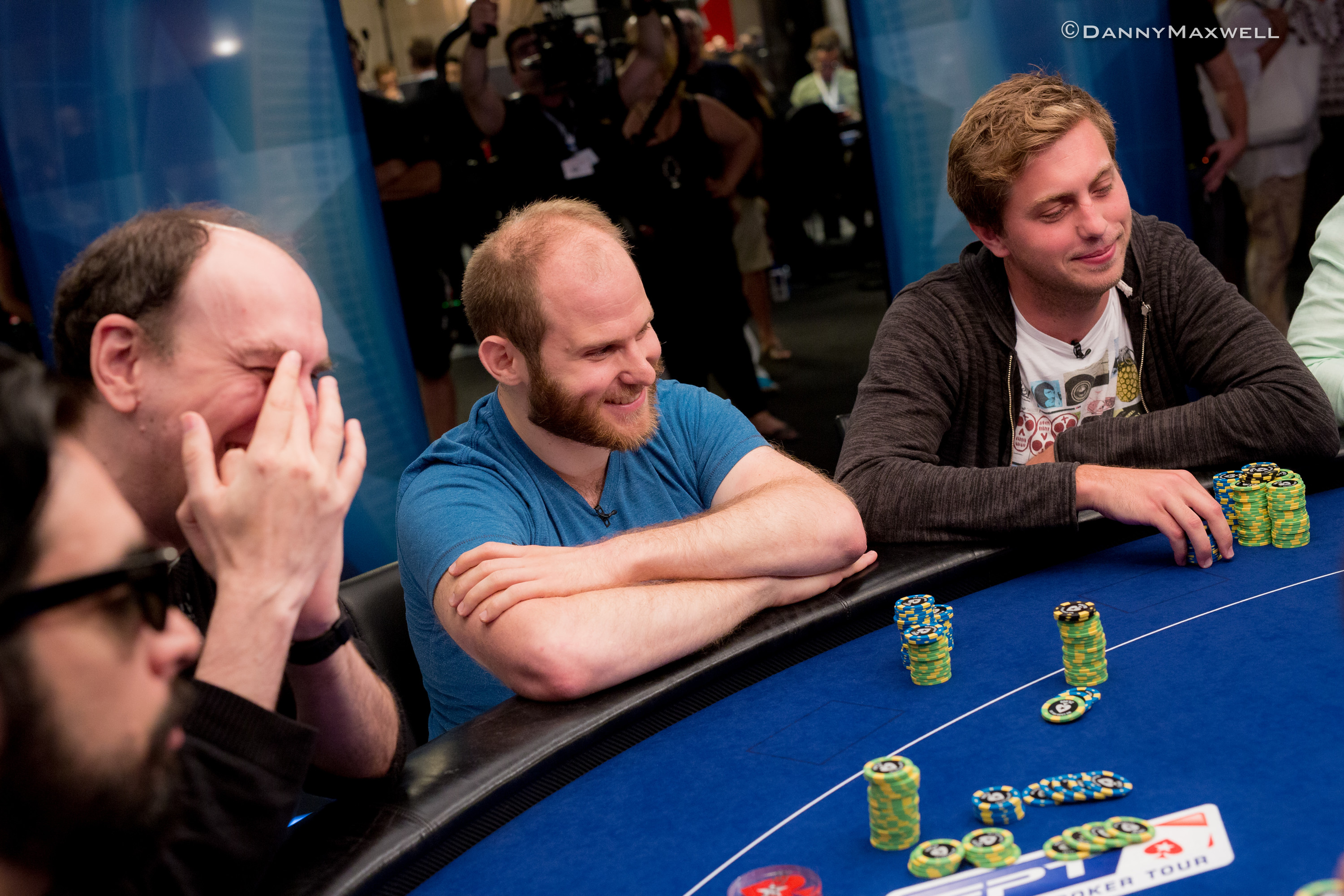 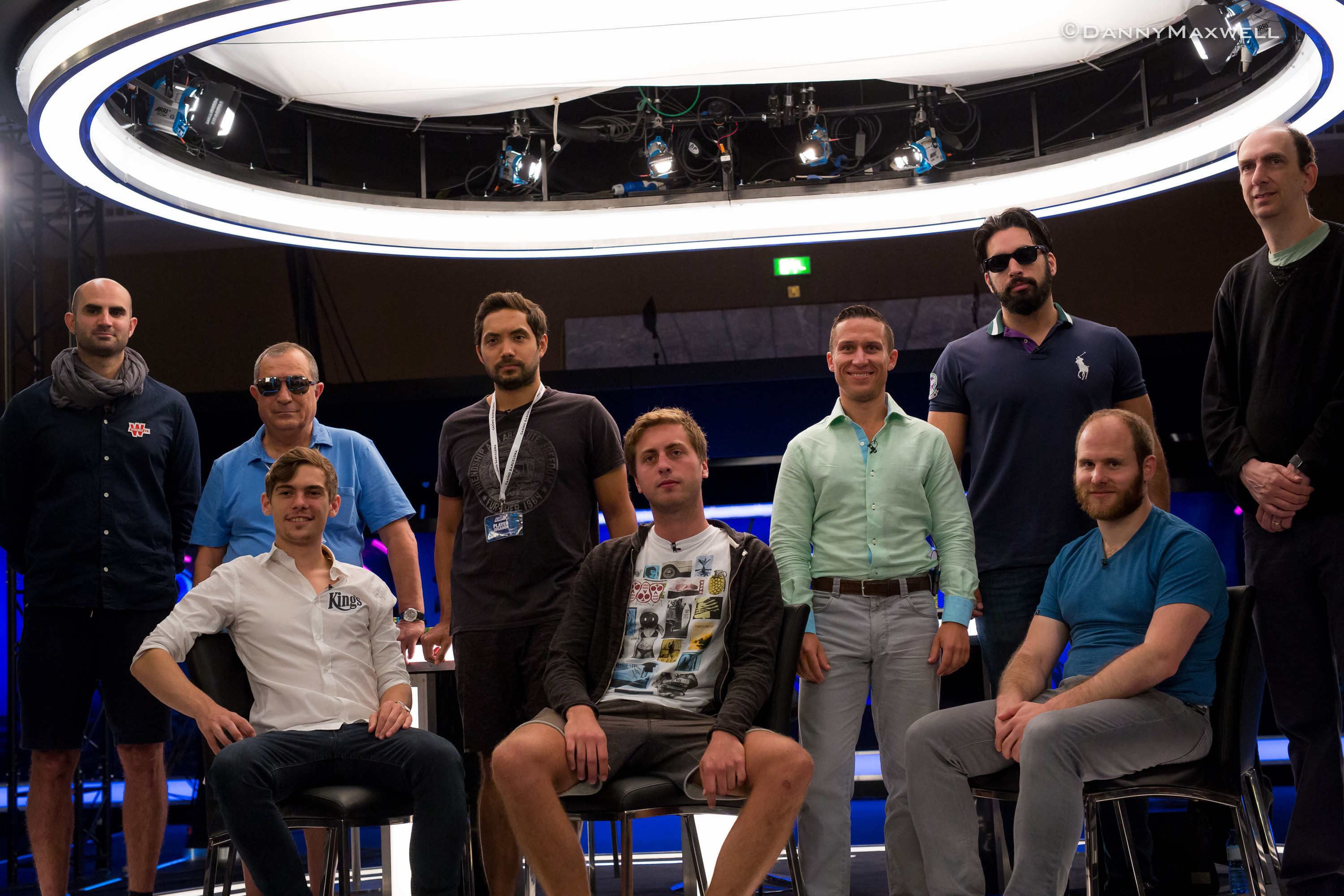 Hand #1: The action folded around to Fedor Holz in the small blind and he limped in with the

, chip leader Timothy Adams checked his option and they saw a flop of

turn, Holz checked for a second time and Adams bet 375,000. Holz called again to see the

river complete the board. Both players checked and the pair of eights scooped the pot for Adams, who increased his lead.

. All opponents including Stuer folded.

Hand #3: Erik Seidel received a walk in the big blind.

from early position and Seidel filled up with

in the small blind. Sam Greenwood moved all in for 1,010,000 out of the big blind with the

and that forced folds from both opponents.

The 102-entry strong field has been widdled down to 9 players in the €50,000 Super High Roller at the PokerStars.es European Poker Tour Barcelona festival.

Late last night the tournament organization decided to call it quits when the clock struck 3, with still 9 players remaining instead of the desired 8. The tournament is in the money however, with already 4 players having made their departure with cash in hand. Connor Drinan (13th) and Adrian Mateos (12th) both walked away €98,000 richer, John Juanda (11th) and Stanley Choi (10th) returned to their hotel with a cheque worth €105,300.

There's still 30 minutes left on the clock for level 20 (40,000/80,000 with a 10,000 ante). The players return at 1pm local time for the televised final table. The final table will be live streamed with hole cards on an hour delay, so check back at 2pm local time (in 2 hours) for our ongoing coverage of EPT Barcelona's biggest event.

Player profiles below courtesy of PokerStars.